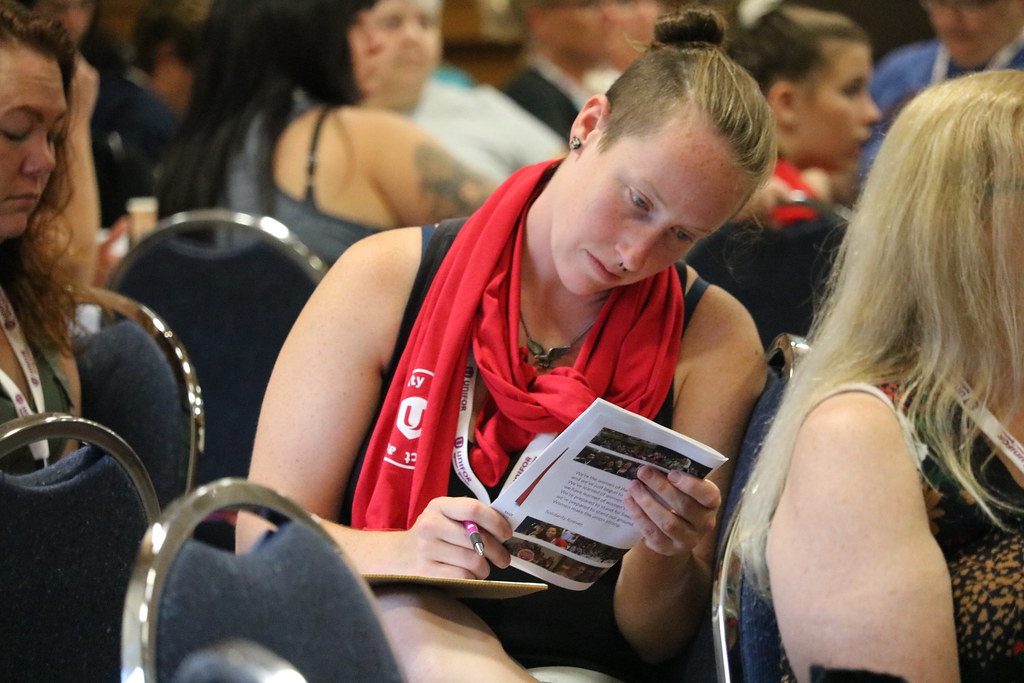 This guide and rules of order are intended to assist Unifor Local Unions in the conduct of meetings to establish an orderly, respectful and inclusive meeting process that encourages debate and discussion and ensures that all members have a voice and can effectively participate in making collective decisions.

WHAT ARE THE REQUIREMENTS FOR AN ORDERLY MEETING?

A quorum is required so that a tiny minority cannot make decisions against the interests of the whole membership. To ensure the membership can participate effectively, there have to be regular meetings that are well-advertised. And to ensure that the meetings run smoothly, and that all members can take part, there must be an agenda that is followed, and rules of order so that everyone knows how the meeting will be run.

The quorum requirement, schedule of meetings, and order of business will all be found in the Local Union By-laws.

The National Union has published the 2014 Guide for Local Union By-Laws to assist Local Unions in ensuring their by-laws are in compliance with the Unifor Constitution. This is available from the National Office.

Unifor has adopted a Rules of Order and Procedure Guide for meetings of Regional Councils, the Canadian Council and the NEB to promote democratic procedure and participation, without undue procedural wrangling. The Unifor rules of order are also recommended for Local Unions. This guide will give you the basics of these rules of order.It is customary in union meetings, when recognized by the chair, to state your name, and preface your remarks to the chair with “Brother” or “Sister” . . . followed by the reason you requested the floor

It is customary in union meetings, when recognized by the chair, to state your name, and preface your remarks to the chair with “Brother” or “Sister” . . . followed by the reason you requested the floor. 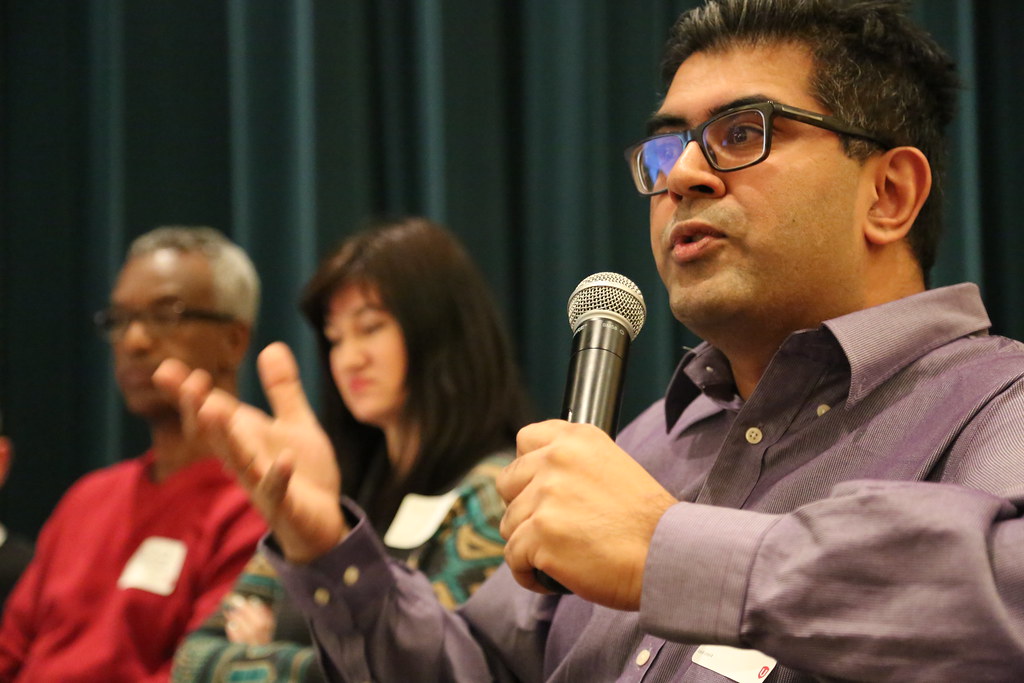 You make a motion by raising your hand to get the chair’s attention. It is customary in some locals to go to the microphone to be recognized. After the chair has recognized you, you state your name and say,“I move that we . . .,” and state your motion.

You may make a MOTION when you want the group to take some action:

When you make a motion you should provide a written copy to the Recording Secretary.

Motions are proper only after they have been offered to and accepted by the chair, and have been supported (seconded) by another member. Members should speak only once to each motion, unless permission is granted by the meeting to speak again. 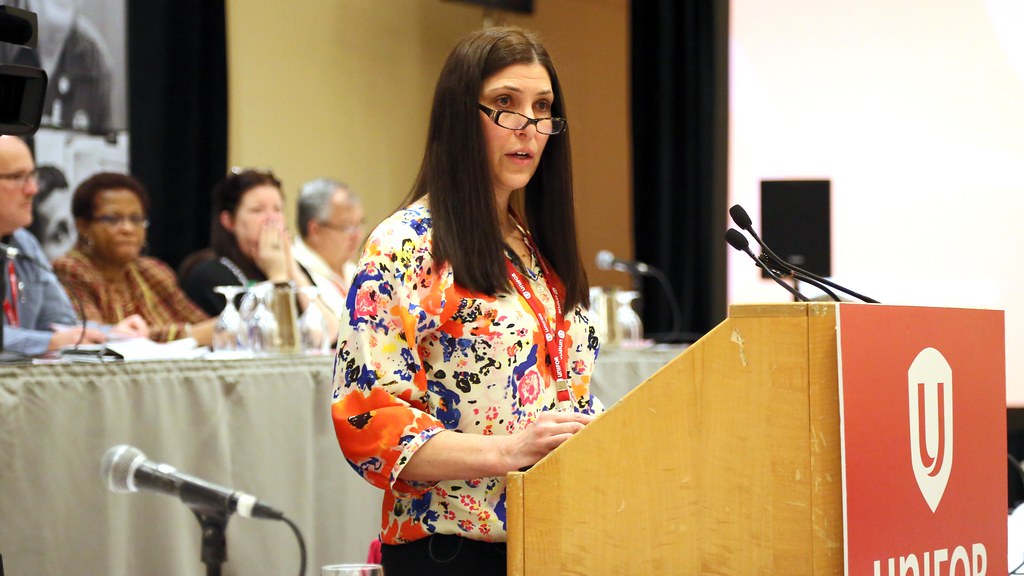 Amendments are offered in the same way as motions, and are introduced to assist in changing, modifying, or completing a motion to make it more acceptable to the assembly. An amendment must be seconded (supported) to be in order.

You may offer an amendment when. . . you agree substantially with the motion that has been made but want to make some change before it is adopted.

For example, a motion has been made to hold a special local union meeting, but no date has been specified. You want to be sure the meeting will be held at a time when all members can attend, so you amend the motion to include a suitable date. The amendment cannot change the original intent of the main motion.

You may offer an amendment when. . . you disagree with the motion, but think it may pass, so you may want to amend the motion to make it somewhat acceptable.

For example, a motion has been made to purchase union jackets. You are opposed, but there seems to be majority support. You may want to amend the motion to limit the amount of the total expenditure. In such an instance, you would vote for the amendment and vote against the motion as amended. After being recognized by the chair you may amend the motion by saying: “I move that the motion be amended to read…”

Voting takes place in reverse order. The amendment is voted on first. If carried, the motion as amended is voted on. If an amendment is defeated, it is like it never existed. 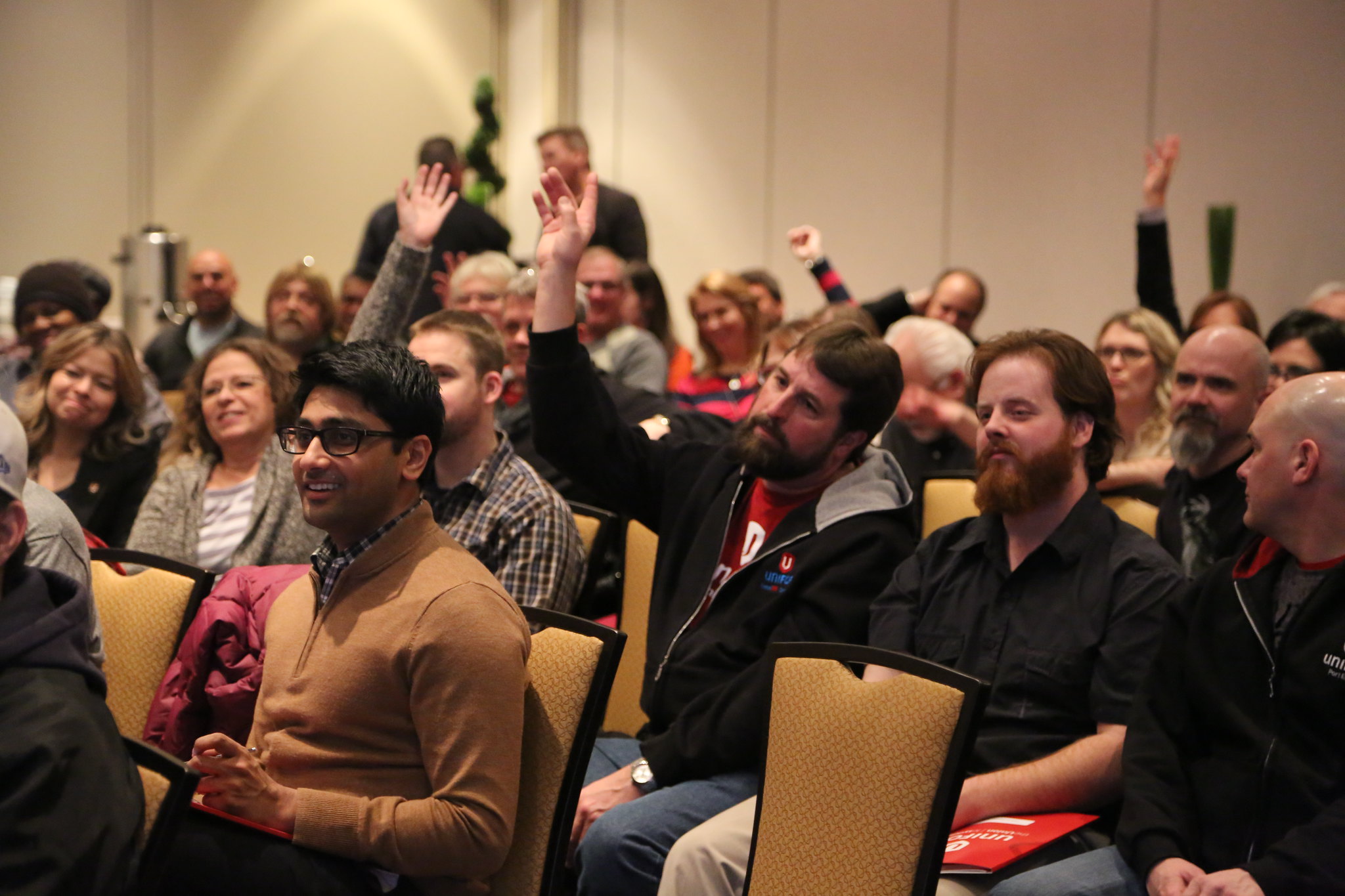 If a member feels that a vote has been close, they may call for a vote to be held other than by a show of hands. Alternatives include a standing vote or a counted vote. Local by-laws may require a minimum number to request a counted vote.

HOW TO END DEBATE 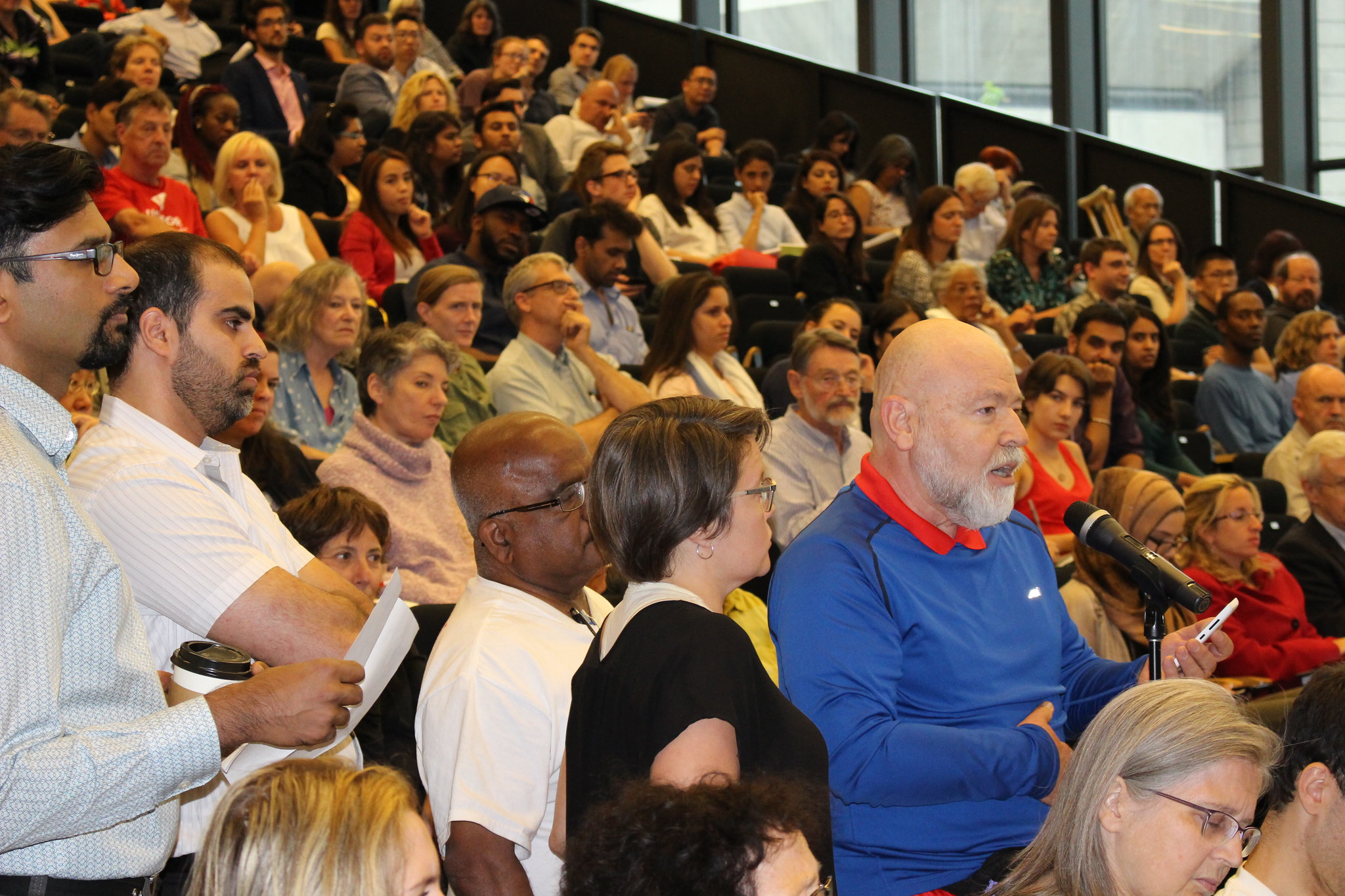 If you think there has been enough discussion of any issue being considered by your local union meeting, you may try to close the discussion.

You End Debate by getting recognition from the chair after which you say, “Brother or Sister Chair, I call the question.”

If a motion to end debate is seconded, the chair must put this to a vote of the body. Discussion is allowed, but the motion may not be amended. A majority of the members present and voting can vote to end debate.

If enough votes are cast for the previous question, debate on the issue ends and the chair must call for an immediate vote. If the proposal to put the question fails, debate on the motion continues.

State your name, and say, “Brother or Sister Chair, I move that we table the motion.”

If you feel that the motion before the meeting should be delayed so that more information can be made available, you may move a motion to table. If seconded and the MOTION TO TABLE passes, the main motion is put aside. No action is taken, and the meeting goes on to other business. If the motion to table is defeated, discussion on the main motion continues. A motion to table IS NOT DEBATABLE or amendable; and should be put to an immediate vote by the chair. A motion that has been tabled previously can be brought back for discussion by moving that it be lifted from the table. 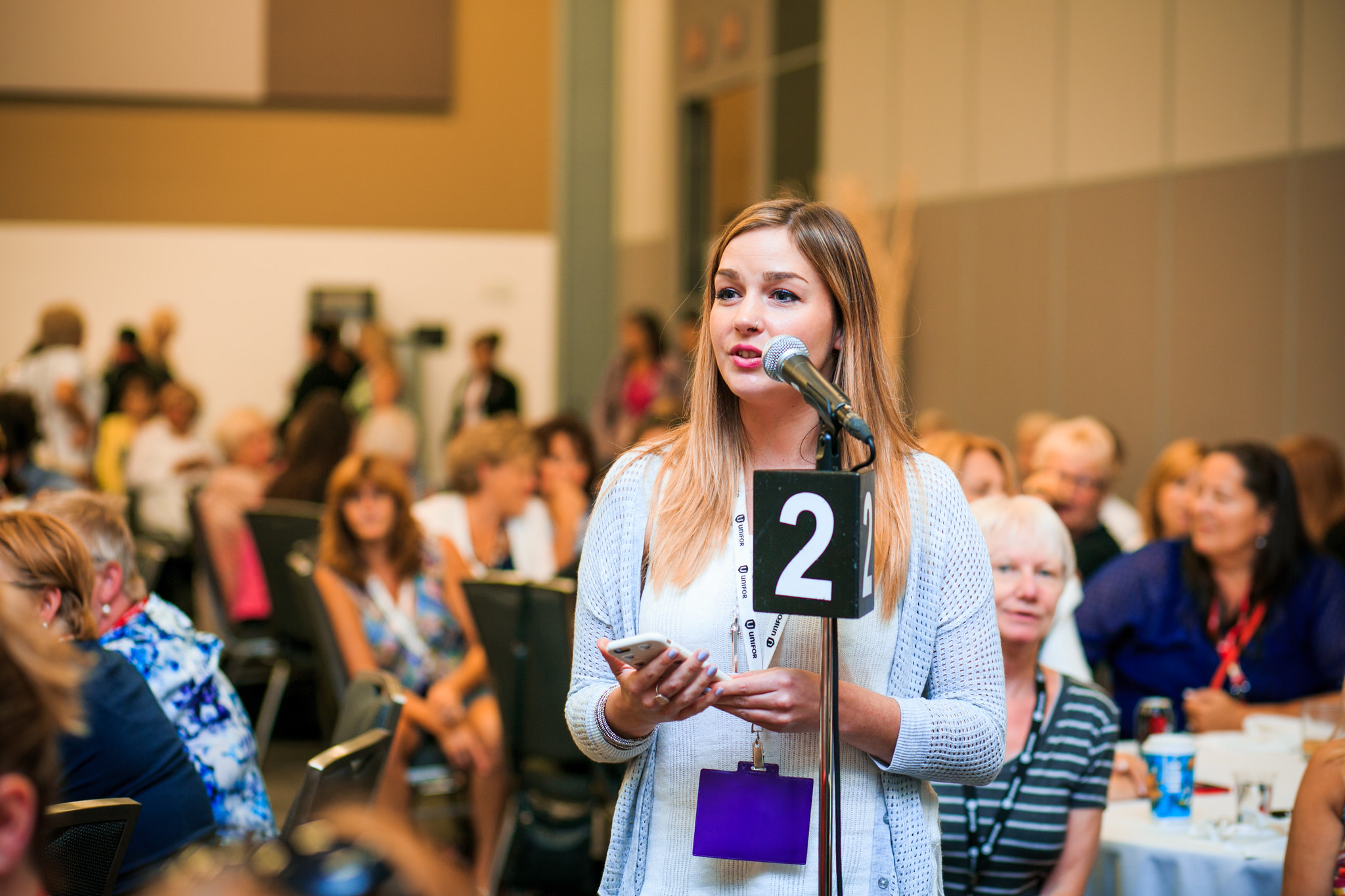 “Sister or Brother Chair, I rise for information.”

If at any time during the meeting you are confused about the business being discussed, or if you want the motion that is being considered more clearly explained, you may rise to ask the chair for a POINT OF INFORMATION. However, you may not interrupt a speaker who has the floor, unless it is urgent. 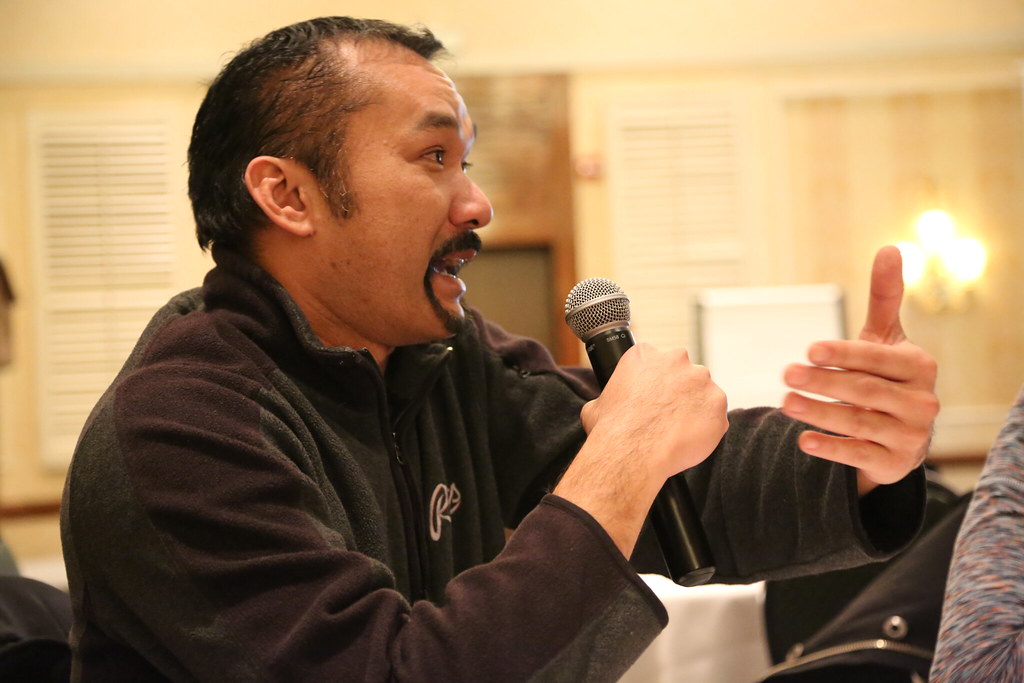 If you disagree with any of the chair’s rulings or if you believe that the person who is speaking is not talking about the business being considered, you may raise a POINT OF ORDER and state your objection to the chair.

The chair then is required to rule one way or another on your point of order.

“Brother or Sister Chair, I rise on a point of order.”

You rise on a point of privilege when there is a need to immediately address a situation that affects the comfort, convenience, integrity, reputation or rights of a meeting or an individual member, such as turning the heat up or down, asking the speaker to talk more loudly, etc. This action does not require a seconder or a vote—the chair will rule.

APPEAL FROM THE CHAIR 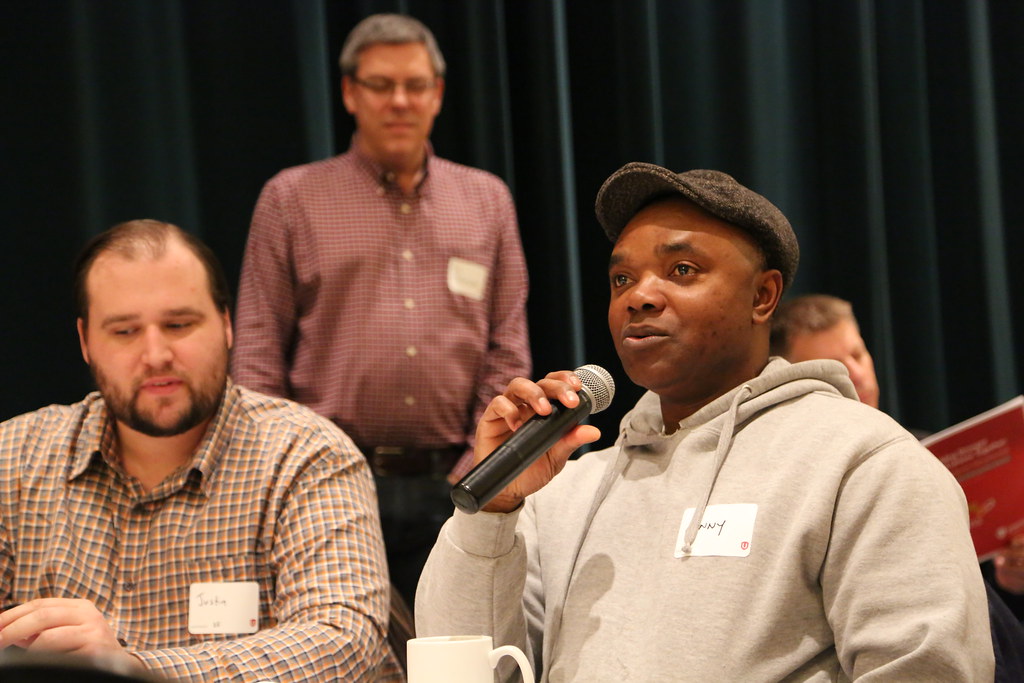 If you disagree with a ruling of the chair on a point of order, you may APPEAL FROM THE DECISION OF THE CHAIR. This is sometimes called ‘challenging the chair’.

No one else may participate in this discussion.

The chair will then place your appeal before the group for a vote.

The meeting will then, by majority vote, overrule your appeal and uphold the chair, or support your opinion by overruling the chair.

“Sister or Brother Chair, I appeal from the decision of the chair.”

“Sister or Brother Chair, I second the appeal.”

Since appeals from the decision of the chair tend to delay meetings, they are used only when the rulings of the chair are of such great importance that the member cannot in good conscience allow them to stand. 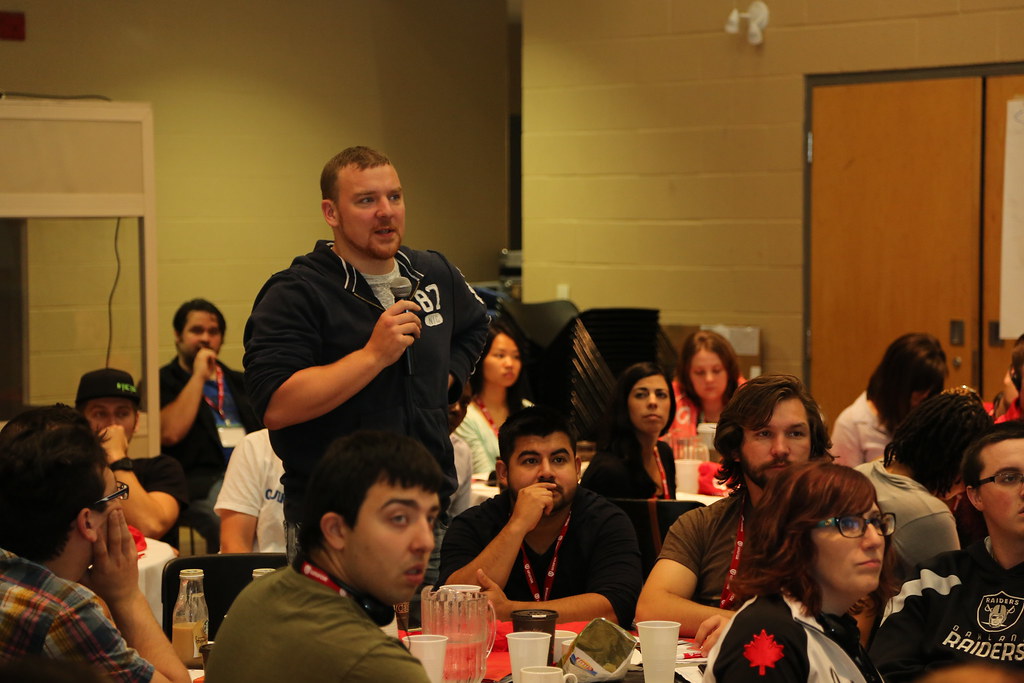 A motion to adjourn is always in order. It must be seconded and requires a majority vote to carry. It is not debatable. While a motion to adjourn is in order at any time, it is most commonly put when the business of the meeting is concluded. Some by-laws may have a fixed time for adjournment, but allow for motions to extend that time.

WANT TO BUILD YOUR OWN MEETING AGENDA?