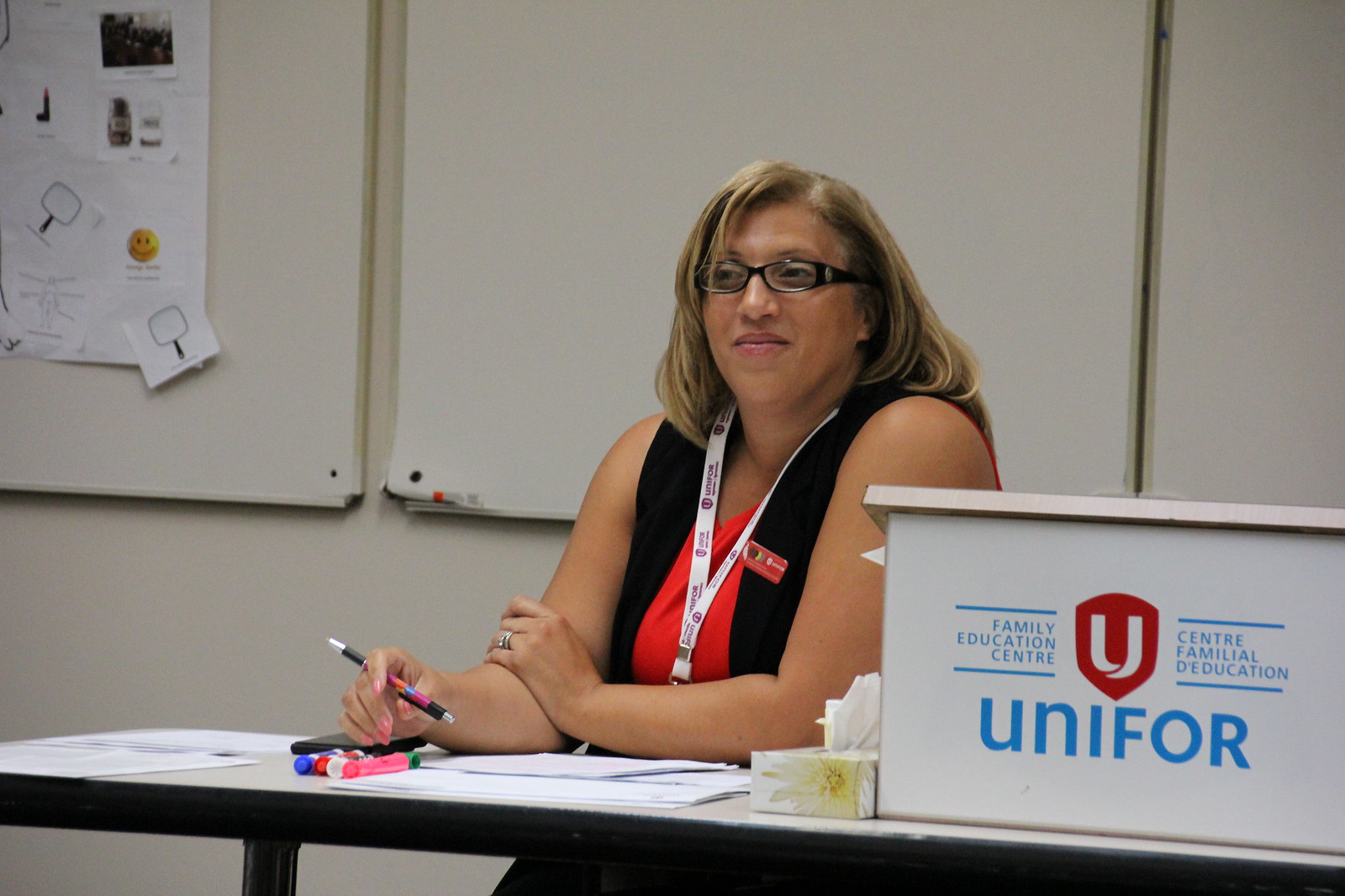 The guidelines listed below will help you to conduct fair and complete investigations into cases of workplace harassment.

Welcome the individual, introduce yourself. Explain that your role is to investigate and to uphold the union’s policy on workplace harassment. 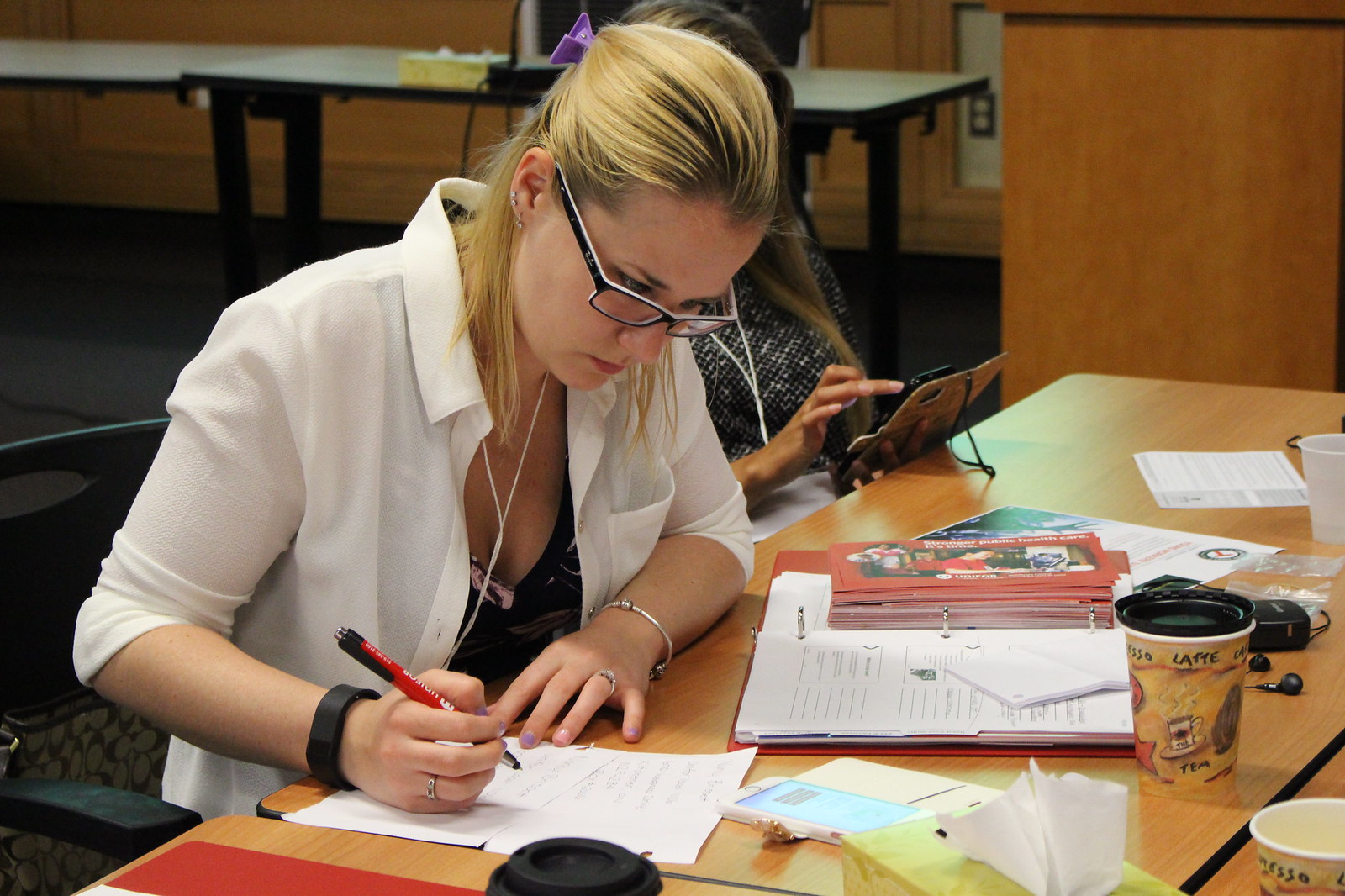 Don’t be overwhelmed. Talk to your bargaining committee about negotiating the 3-day Unifor Workplace Harassment Investigator Training. You can also take the Unifor week-long Human Rights course (the National Union pays half the cost –– the other half could be the best investment your local makes this year! Contact Unifor’s Human Rights Department or your Unifor National Representative for details).

Ideally all of our collective agreements would include a provision for anti-harassment training during work hours for all employees. Unifor has produced a 1/2 day and a full day “Building Respectful Workplaces” course for exactly that purpose. If your agreement does not yet include training, management may be most likely to agree to the training when an issue arises, or as part of an overall workplace resolution. Talk with your bargaining committee about getting this commitment in place and contact Unifor’s Human Rights Department or your Unifor National Representative.

The role of the local union is crucial in combating harassment. If a worker believes that he or she is being harassed at work and wants help, the incident must be brought to the immediate attention of the unit chairperson and the local union president.

The experience of harassment can be overwhelming for the victim. People often react with shock, humiliation and intense anger. Therefore, the victim of harassment may not always feel comfortable going through the normal channels for resolving such a problem.

Because of the sensitive and personal nature of harassment complaints, especially racial and sexual harassment; the victim may prefer initially to seek other assistance. This could be any local union elected person or official, including a workplace women’s advocate, member of the women’s committee, human rights committee and employment equity committee. This person could assist the harassment victim in bringing the incident(s) to the attention of the top local union leadership.

The local union president and the unit chairperson must contact the UNIFOR national representative, and if necessary, they will meet with a senior company representative(s) to carry out an investigation. The issue must be handled with confidentiality, and is to be resolved within 10 working days of notifying the unit chairperson and local union president. An extension to the ten day time limit may be granted with written request to the National President’s office.

The national representative must notify the UNIFOR national human rights department about the complaint and its resolution.

Any resolution of harassment complaint must reflect the serious nature of such acts, and send a clear signal that they will not be tolerated.

CONFIDENTIALITY MUST BE RESPECTED THROUGHOUT THE PROCESS.

The Company and Unifor are committed to providing a workplace free of harassment, bullying and violence. This procedure applies to all complaints of harassment that take place at this workplace. The workplace is defined as any company facility and function including but not limited to areas such as offices, shop floors, rest rooms, cafeterias, lockers, conference rooms and parking lots.

Harassment is defined as a course of vexatious comment or conduct that is known or ought reasonably to be known to be unwelcome, that denies individual dignity and respect on the basis of the grounds such as: sex, race, creed, colour, religion, ethnic origin, place of origin, sexual orientation, political affiliation, gender identity, gender expression, marital status, family status, disability, conviction for which a pardon has been granted, age, social and economic class, activism and participation in the union, or language and any other prohibited ground, as stated in the provincial/federal Human Rights Code by any person, in particular, by management, customer, client and\or co-worker, whether verbal or physical, on a single or repeated basis, which humiliates, insults or degrades. All employees are expected to treat others with courtesy and consideration and to discourage harassment.

“Unwelcome” or “unwanted” in this context means any actions which the harasser knows, or ought reasonably to know, are not desired by the victim of the harassment.

Harassment may take many forms: verbal, physical or psychological. It may involve a threat or an implied threat, it may be that acceptance of harassment is perceived to be condition of employment. The following examples constitute harassment, but are not meant to cover all potential incidents:

Some examples of bullying and personal harassment include using any form of media in verbal communication and/or in psychological manipulation but are not limited to:

The Company and Unifor agree to form a Joint Building a Respectful Workplace Committee whose function shall be to investigate complaints and help create a respectful workplace. This committee will comprise of equal number of representatives (2) selected by the employer and by the union. At least one (1) member of this committee from each side must be a woman. The parties agree that the representatives are required to be independent and not responsible for disciplinary decision making.

The Company agrees to be responsible for all course costs including Unifor’s facilitator(s), any travel costs, materials etc.

The Company and Unifor agree to the following process for investigating any complaints of harassment, discrimination and bullying.

If an employee believes he/she has been harassed and/or discriminated against there are specific actions that may be taken to put a stop to it:

However, it is also understood that some victims of discrimination or harassment are reluctant to confront their harasser, or they may fear reprisals, lack of support from their work group, or disbelief by their supervisor or others. In this event, the victim may seek assistance by reporting the incident directly to any Union representative or any Union member of the Joint Building a Respectful Workplace Committee before taking the complaint to this committee in writing. If the employee believes her/his safety is in jeopardy s/he can exercise right to refuse unsafe work.

Upon receipt of the complaint, the contacted Union Representative/Company Official or Joint Building a Respectful Workplace Committee will immediately inform their Union or Company counterpart and together they will then interview the employee and advise the employee if the complaint can be resolved immediately and informally or if the complaint should be formalized in writing. Properly completed copies of this complaint will be forwarded to the agreed upon Joint Building a Respectful Workplace Committee. The Respondent will be provided with sufficient details of the allegations, either verbally or in writing, to formulate an appropriate response to those allegations and give their version of events.

A formal investigation of the complaint will then begin by the Joint Building a Respectful Workplace Committee as follows:

The Joint Building a Respectful Workplace Committee determines any preliminary matters. This committee will appoint at least one (1) representative selected by the employer and at least one (1) representative selected by the union from the trained committee members each side have available to conduct investigations. The committee must meet to begin their investigation as soon as possible but no later than five (5) working days after receiving the written complaint. All investigation meetings and or work shall be done on company paid time.

If the matter remains unresolved because the joint committee cannot reach a consensus, the complaint will be inserted into the last step of the grievance procedure for resolution. In the event that the complaint is not resolved by the parties at the last step of the grievance procedure, the union may refer the matter to arbitration in accordance with the provisions of the collective agreement.

The parties agree that this procedure is an alternative complaint mechanism and as such, complaints should not be pursued through both the grievance procedure and the Human Rights Complaint Procedure. However, the parties acknowledge the right of individuals to file a complaint with the appropriate Federal/Provincial bodies and to seek redress. Note that these federal/provincial bodies have specific time frames as to when the complaint must be filed. When a complaint is filed under this procedure, it should be noted that statutory time limits are not extended. However the grievance procedure is put in abeyance/suspended until the joint workplace harassment process is completed.

The pursuit of frivolous allegations through the Human Rights Complaint Procedure has a detrimental effect on the spirit and intent for which this policy was rightfully developed and should be discouraged.